We headed off this morning to the south west corner of the county in search of white-winged gulls.  Given that there are so many scattered around the country we thought there was a good chance of finding a few.  We managed to find 21 white-winged gulls in total within the golden triangle of Clare, Kilrush, to Loop Head, to Doonbeg.  Out of the 21 there were 17 Iceland Gulls and four Glaucous Gulls.  The first-winter in the pictures below were taken in Kilbaha, Loop Head.  As you can see the Herring gull sharing the rocks with this bird was not so hospitable to his northern cousin. 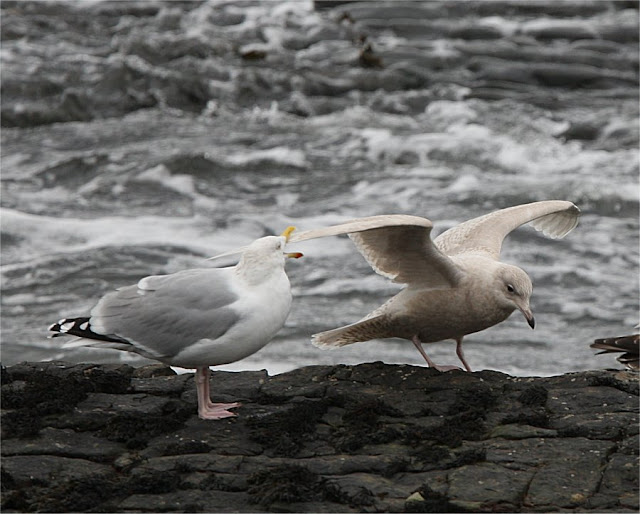 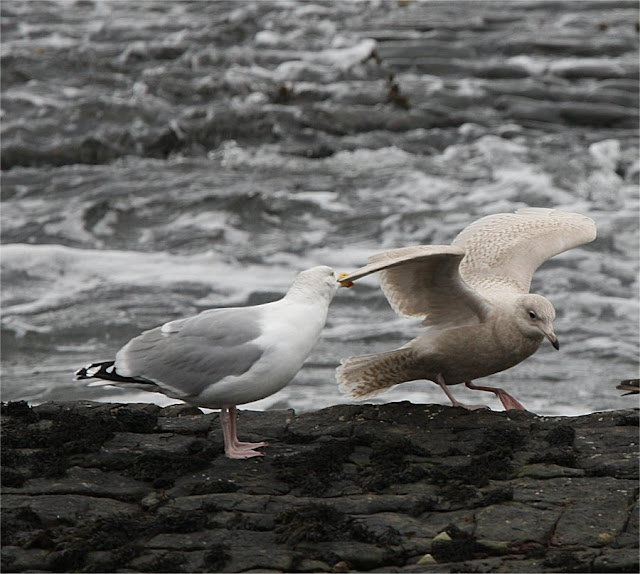 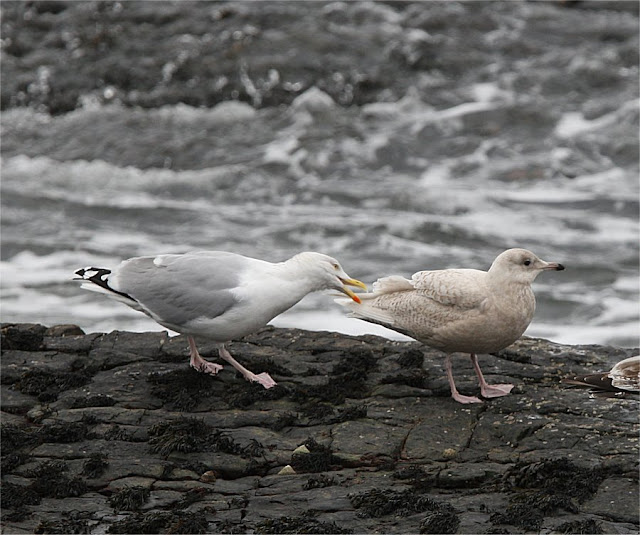 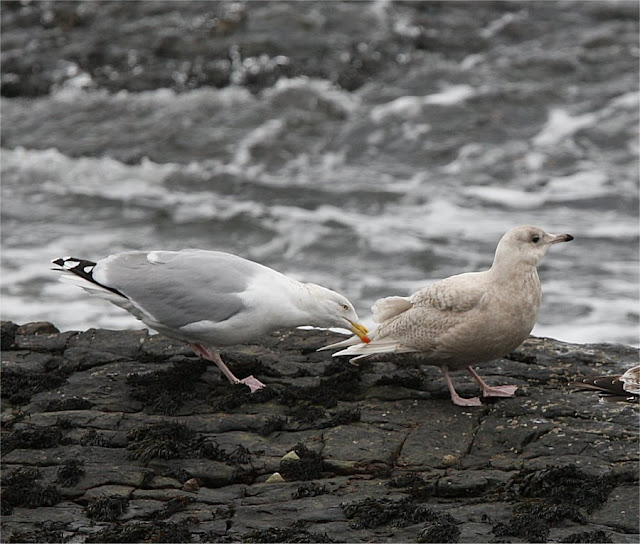 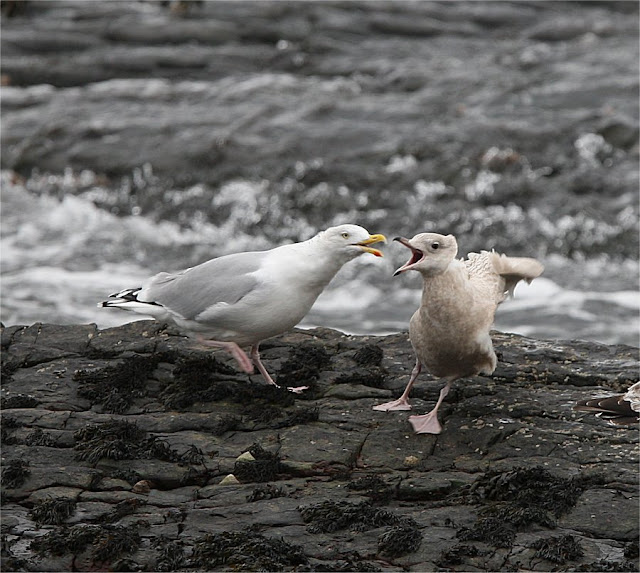 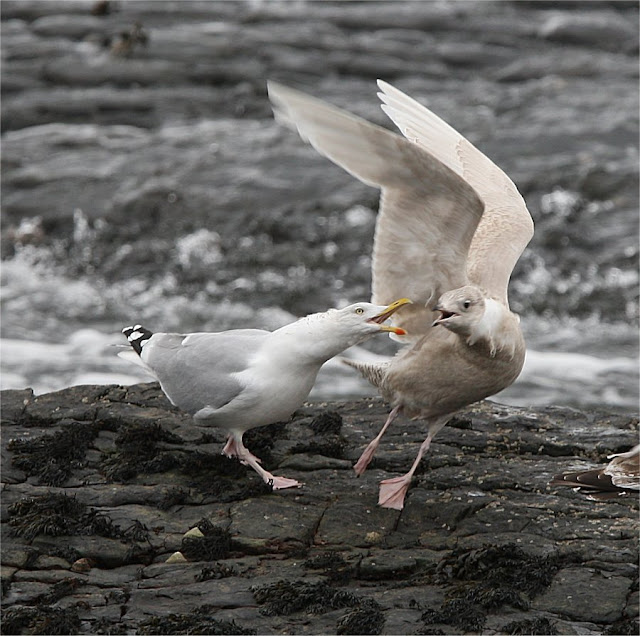 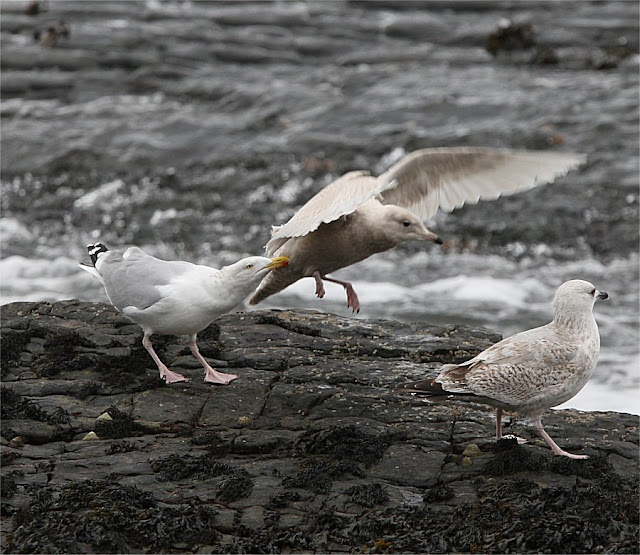 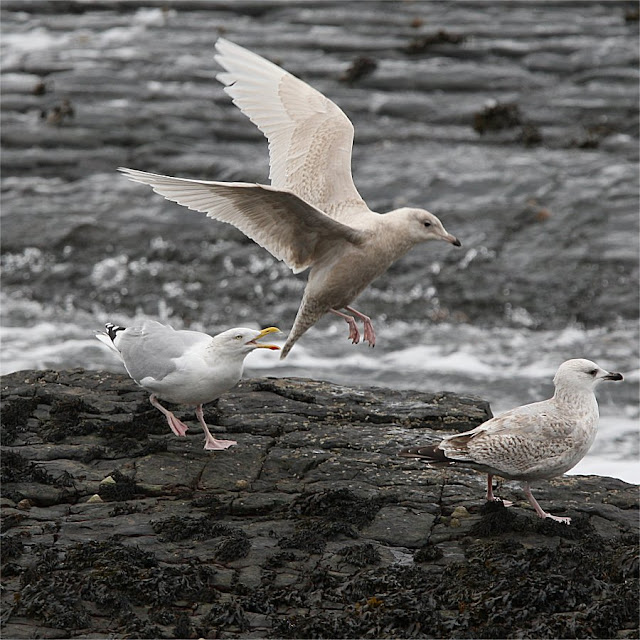