It was 1988/89 when I first saw Hawfinch in Ireland.  That winter Gerry Butler found a flock of 92 at the Curraghchase in Limerick. At the time I was ringing lots of birds and Tom Tarpey set up nets early one winters morn and we managed to catch a couple of these chunky finches.  I subsequently had one visit my bird table when I lived in Shannon Town two years after the mass invasion of the late 80's.  Since then birds have been found on and off at the Curraghchase with possible  breeding suspected.  This year with the masses coming through Britain and western Europe, it was only a matter of time before they showed up at the Curraghchase. I'm delighted they have done so as they really are a mighty bird.  We still only have three records for Clare, but given the numbers about this year, I'm sure one or two will pop up in gardens over the winter. Here are a few long range shots of birds in the Curraghcahse from last week. 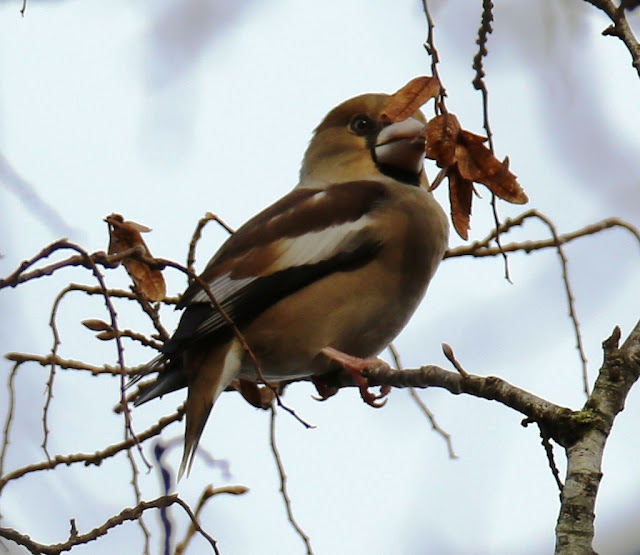 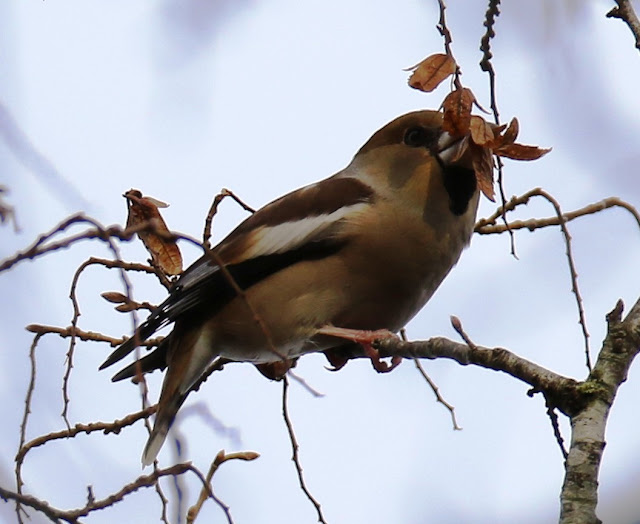 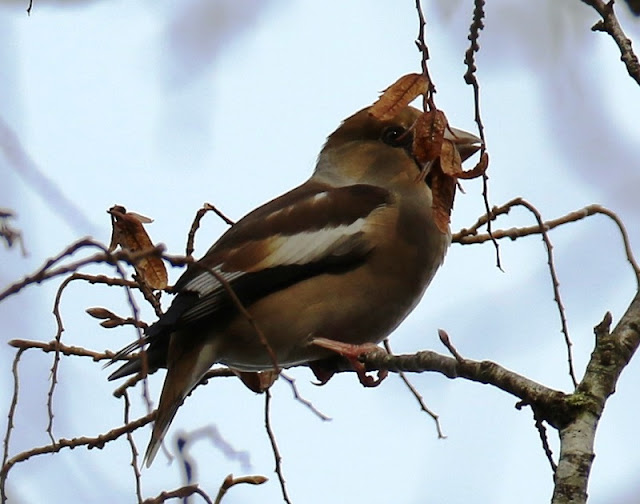