During the last week a pod of 8 to10 Risso's Dolphins have been feeding off shore of Skellig Michael Island. I got a few shots of a mother and calf that came close to the south side of the island last Wednesday evening. The mother has lots of what looks like propeller scaring on her dorsal fin and back. Someone suggested it might be attacks from giant squid but I'm not convinced. 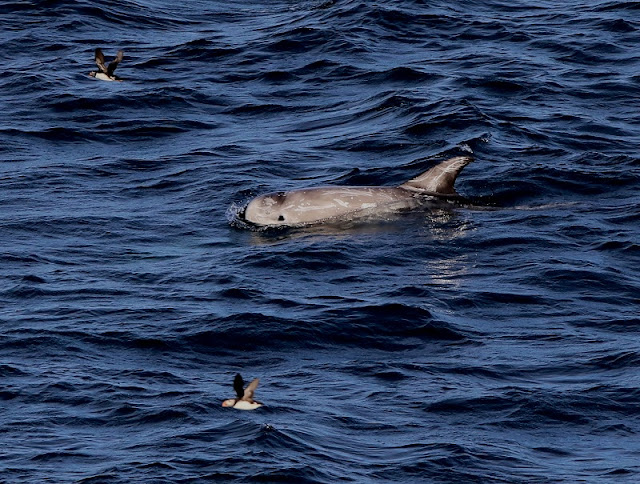 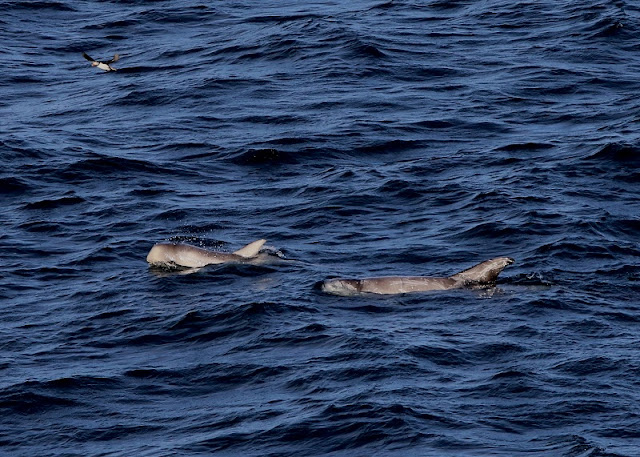 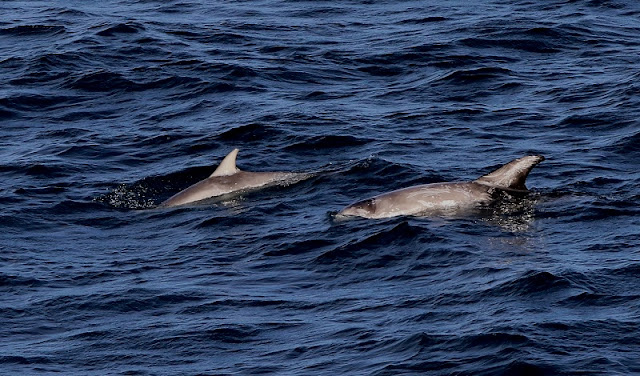 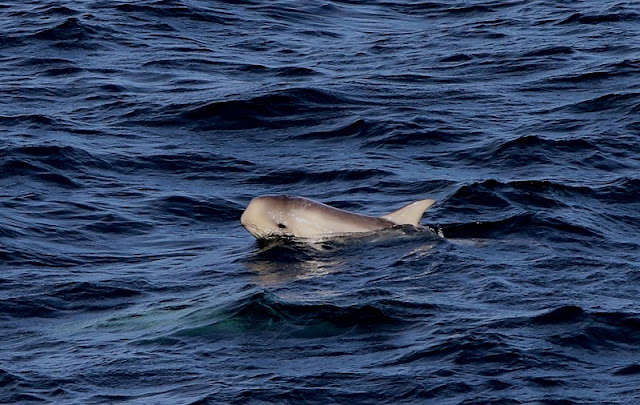 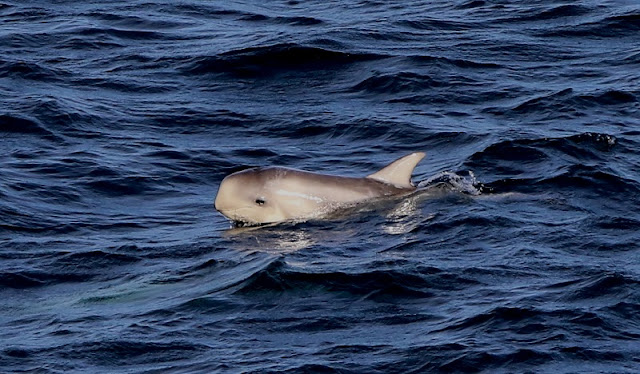 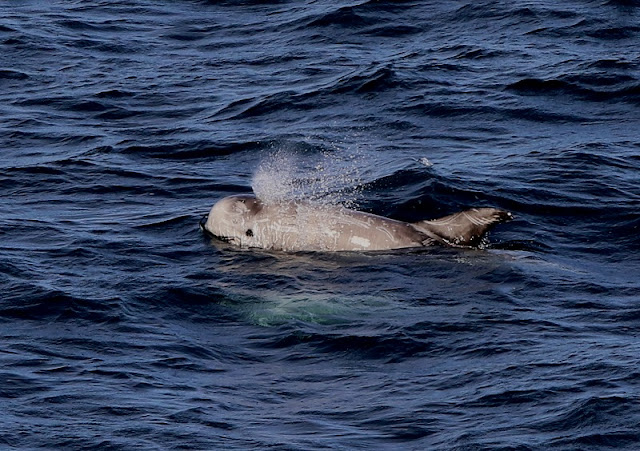 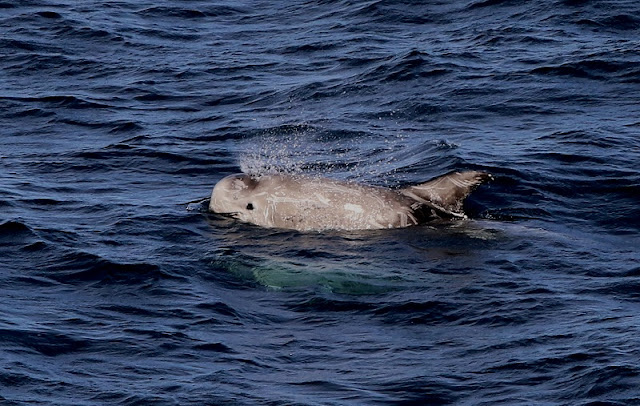 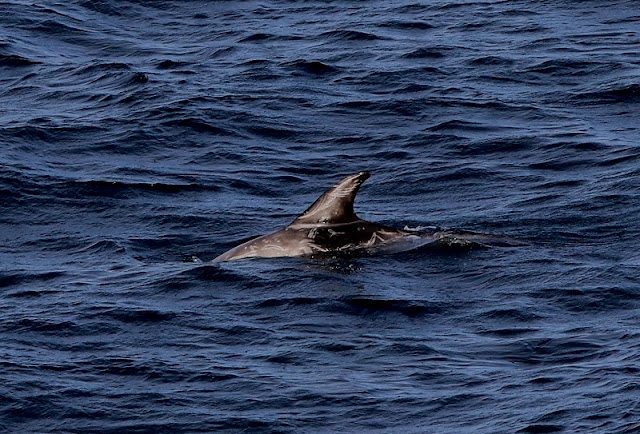 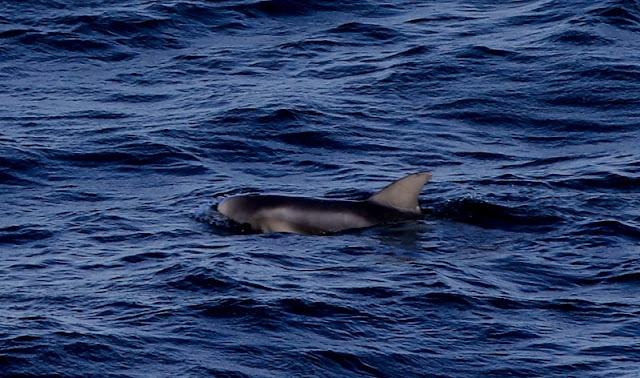